Video news story completed as part of my journalism course.

Written as part of my internship at the Bendigo Weekly. Click here for a link to the digital version.

As part of my internship at the Bendigo Weekly, I was able to write my own book review which also got published.

Article written as part of my internship at the Bendigo Weekly. Click here for the digital version.

Article written as part of my internship at the Bendigo Weekly. Click here for a link to the digital version.

Got to interview a local artists Deer Prudence as part of my internship at the Bendigo Weekly. Here is the result. For a link to the digital version of this article please click here.

Article published in the Bendigo Weekly.

Men, women and children alike converged on the State Library in Melbourne on Saturday for the annual SlutWalk. SlutWalk is a global movement which stands against victim blaming and slut shaming. Speakers from all backgrounds addressed the large crowd before the march down Swanston Street to Federation Square.

Among them was rape victim Van Badam who shared with the crowd her story of victim blaming. Her story started at a bar near King’s Cross in Sydney where she met a man who she said had seemed like a bit of a nerd. The same man raped her and left her in an alley.

She said that part of the issue with rape and sexual assault is that it is stigmatized. “People don’t want to think about the notion of sex being corrupted by violence,” she said.

The SlutWalk movement started in Toronto when a police officer said, “women should avoid dressing like sluts in order not to be victimized.” These words spoken at a small forum in Toronto at the start of January 2011 spread across the globe and sparked outrage among many communities.

SlutWalk participant and former performer Anita Stevens said that SlutWalk is important for survivors of rape to come together and act as a mutual support system. “SlutWalk is about that support and being able to have that verbal conversation about what’s happened and how it shouldn’t be happening,” she said.

When asked why victim blaming and slut shaming happens Miss Badam said it’s a fear response. “That girl got raped because of what she was wearing, what she was drinking and because of who she was hanging out with. So if I didn’t wear that, or drink that or go out with those guys, I might be fine. It’s false security because stranger rape is the more uncommon form of rape. Guys jumping out of bushes and raping women on the street is very, very uncommon. You’re more likely to get raped by your husband than by anymore else,” she said.

Miss Badam says that this is why people are weird on the issue of rape. “They don’t kind of think that the most personal kind of thing you can experience, which is, you know, penetration by another person can occur without consent. I mean, that’s a terrifying thought.”

Miss Badam says we can solve the problem of victim blaming and slut shaming. She said it is important to raise awareness because, “we don’t treat other victims of crime this way.”

Miss Stevens said it’s important that we continue to have the conversation about victim blaming and slut shaming.

While SlutWalk is a relatively new movement Miss Stevens said compared with the two previous there was a stronger turn out this year, even though participants were not as vocal. “There’s an undercurrent of stuff going on,” she said.

“I think weather has a lot to do with weather as well,” she said “this the only time where I’ve been like, yeah this would be good weather to get naked.” 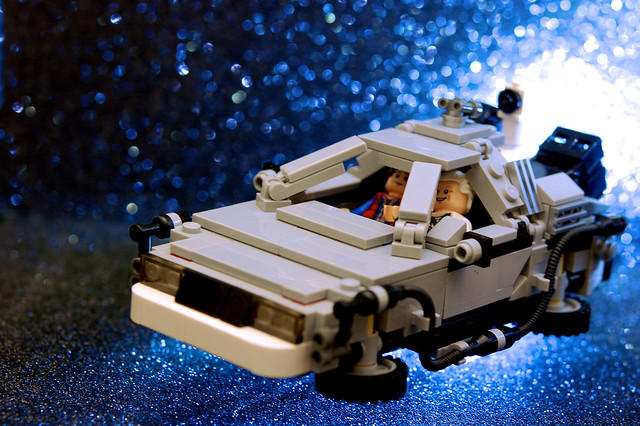 It’s not hard to view the world negatively when there is a plethora of dystopian movies, books and articles in the media. Films such as The Hunger Games, The Maze Runner and Divergent tell stories about a world damaged by technology, society and disease. Television shows such as Black Mirror paint a bleak picture for the uses of technology and the internet. The episode “5 Million Merits” depicts a world where people are constantly surrounding by advertisements and have to spend their days pedaling bicycles to produce energy and gain ‘merits’. Such apocalyptic stories aren’t hard to relate to when talk of viruses such as Ebola spreading across the world are running rampant in the media.

However, I believe these dystopic depictions of our future largely ignore the positives of modern day technology. With new technological innovations occurring as we speak, I feel the future for mankind is anything but dystopian.

In the past week alone several articles have popped up in my Facebook newsfeed about some of these exciting technological advances.

Yesterday a friend shared on Facebook a Kickstarter campaign for hover boards. A concept mostly famous thanks to the film Back to The Future is now very real. With the ability to place these ideas and technology in the hands of anyone worldwide comes the ability to further develop the technology which could see hover boards made manifest and the technology doesn’t stop there. Consider the possibility of hover trains, hover cars and hover bicycles, the options are virtually limitless!

Many of the technological advancements being made currently are in the field of medicine. Recently I read an article about a man who had a tumor in his foot. In order to save it, doctors duplicated his heel bone from his healthy foot and used 3D printing technology in order to make the man a new heel bone.

Reading articles like these, it’s hard not to be excited about the future. The best part is being part of it and watching as the world becomes a place where almost anything is possible.